The Future of Women in Business

Learn about our editorial process.

Laila Abdalla, Ph.D., serves as a Washington state career coach and advocate for individuals on temporary state assistance. Abdalla has devoted her career, teaching, and leadership to matters of equity, diversity, and inclusion. Above all, she is com...

Learn about our editorial process.

Women face many obstacles on their way up the business ladder. Discover the current status of women in business, what the future may hold, and how to support women in these roles.
Credit: Marko Geber / DigitalVision / Getty Images

Are you ready to discover your college program?

In the early 20th century, men often held professional and managerial positions, while women typically held clerical and customer-facing service positions. While this makeup has greatly improved since then, disparities still remain in certain roles and industries.

For example, more than 8.8 million women worked in business and financial occupations in 2021, making up nearly 55% of the workforce. However, women filled 41% of management positions and only 29% of chief executive roles, according to the Bureau of Labor Statistics (BLS).

Research from McKinsey and Company showed more women acquiring management positions between 2015 and 2020 than before. They were also leaving organizations at lower rates than men. Unfortunately, the pandemic changed both of these advancements. In 2020, women felt significantly more pressure than men, reported more burnout, and considered leaving their jobs and the workforce at much higher rates.

Current Status of Women in Business

Women made up 50.5% of the population in 2021, reports the US Census Bureau. According to the BLS, however, women only make up 42.6% of the over 19 million workers in the professional and business services industry as of 2021. They even outnumber men in nine of the 22 subfields in this sector.

While we continue moving toward gender balance in business overall, gender-based occupational sexism still exists. Women of color encounter even greater disparities, which warrants further examination but falls beyond the scope of this piece.

Women tend to dominate support- and care-centered occupations in business. But, they lag in STEM-related fields, such as architectural and engineering services and computer systems design services. These trends can negatively impact women’s salaries and their ability to improve their socioeconomic standing since the two male-dominated subfields pay some of the highest wages in the industry.

Gender-based divides endure in business for various reasons. According to the Washington Center for Equitable Growth, gender discrimination in the workplace, stereotypes about women's skills, and sexist social pressures may be partly responsible.

Male-dominated environments can also be exclusive and hostile toward women, offering no mentorship or role models and forcing them to pursue more inclusive occupations and industries.

The table below highlights the business and professional services industries with the highest percentage of women employees and their respective mean annual salaries.

The Future of Women in C-Suite Positions

Since joining the C-suite ranks, women have been able to prove their leadership qualities and contributed to many positive changes in how companies operate. According to a 2020 Deloitte study, women in C-suite roles increased from 18.6% in 2010 to 27.9% in 2019. Sadly, this growth has since slowed.

As of 2021, women made up 24% of C-suite management positions, as per McKinsey and Company. The disparity could result from a broken rung effect, in which upper management, mostly male, promotes women to entry-level management roles at much lower rates than men.

Unequal opportunities for advancement are barriers to women's ability to build foundational management skills and experience and results in under-serving women at each subsequent management level.

While more women hold C-suite positions now than before, the opportunities are not equal. The path to becoming a CEO typically involves advancing through operations and revenue generation management positions, fields where leadership does not promote women at the same rates as men.

High-level equal representation has a ripple effect. According to Deloitte, financial firms with women in C-suite positions had three times more women in lower-level management roles than those with no C-suite women. Also, the number of women in Fortune 500 management positions is at an all-time high.

The Future of Women in Entrepreneurship

Entrepreneurship is one way women can pursue management, and they have capitalized on it. According to the 2018 State of Women-Owned Businesses Report, women-owned businesses grew over 3,000% since 1972. In 2021 alone, women started 49% of new businesses, according to a Gusto survey.

Entrepreneurship, however, is also not without barriers. Most notably, women entrepreneurs encounter limited funding compared to their male counterparts. According to Crunchbase data, women-run startups received just 2.3% of all venture capital funding in 2020. Of the 120 companies given a $1 billion valuation in 2020, only 10 were women-owned.

Women entrepreneurs also face gender stereotypes and biases in the business community. Research from the Bank of America and Babson College found that women business owners regularly face questions about their leadership and gendered assumptions and scrutiny. They also lack the same networking and sponsorship opportunities as men, making their entrepreneurial path more difficult.

Yet, women are not without inspiring role models. With notable entrepreneurs like Oprah Winfrey and Arianna Huffington paving the way, women will continue to pursue entrepreneurship in greater numbers. As more women trailblazers find a way past the traditional barriers, more shining examples and mentors will be available for the next generation.

How You Can Help Women in Business

Supporting the future of women in business can come from many angles. Organizations can introduce more support programs for women in leadership and more sponsorships that provide mentorship and advising.

Male and female colleagues can support women by including them, listening to them, and taking on balanced workloads. Both men and women can make a concerted effort to support women-owned businesses when in need of certain products or services. They can also network and share their experiences with others.

According to research from the Harvard Business Review, women rely on inner circle networks of women in addition to the traditional business networks that men also benefit from. From these inner circles, women who wish to start businesses can learn about gender-based hurdles and biases and how to overcome them.

Women can find financial support for their businesses from various channels, including Grants.gov, the Girlboss Foundation, GrantsforWomen, and the National Association for the Self Employed. They might also pursue memberships with the many professional associations for women in business. 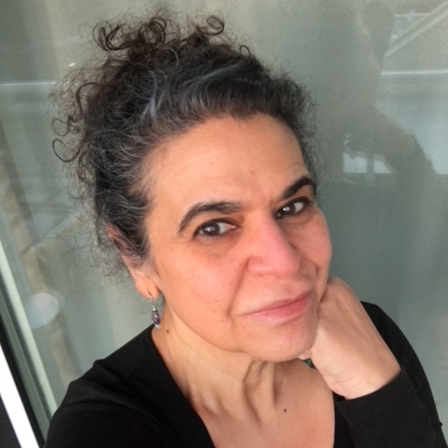 Laila Abdalla obtained her Ph.D. in English from McGill University in Montreal, Canada. She taught undergraduate and graduate courses in English and successful writing at Central Washington University for over 21 years.

Currently, Abdalla serves as a Washington state career coach and advocate for individuals on temporary state assistance. Abdalla has devoted her career, teaching, and leadership to matters of equity, diversity, and inclusion. Above all, she is committed to her clients' and students' complete experience, raising awareness of BIPOC issues in employment, language, community, and culture.

Abdalla leads with equity in management and nonprofit volunteering, and continues to develop her own understandings of these complex issues — both professionally and in her lived experiences.

Laila Abdalla is a paid member of the Red Ventures Education Integrity Network.

View schools and degrees from across the country.
Find the right program to advance your career.